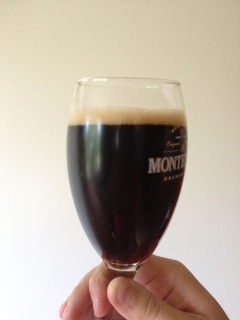 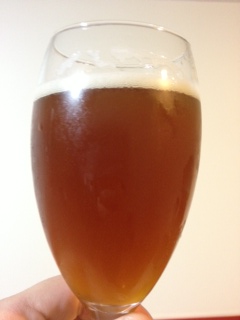 Tasting night tonight: I tasted the two experiemental brews as posted a wee while ago.
So I'll startwith the main brew, which is the NZ IPA, I've named the brew Two Face IPa, as I've run the experiments etc.
Two Fale Pale IPA:
Appearance: Pours a Golden copper colour, with white/off white head, it's a tad Hazy, which I think is chill Haze coupled with the wheat I used in the brew.
Aroma: this is the fun part, The Aroma is definitely there., this hop steeping thing has some power behind it in regards to the aroma. nice hoppy spicyness from the motueka and lingering end with the cascade.
Flavour: this is where the beer falls a bit flat, mind the pun. The aroma from the steep is there, but its lacking in flavour contribution from this addition. Although I'll elaborate more shortly. good Malt backbone, and good head retention.
Overall: Good solid brew, hardly a winner in most books. shame its not clearer and hoppier as I'd hoped.
Now the black
Two Face Black IPA:
Appearance: Crystal Clear dark brown, with ruby high lights, good head retention.
Aroma: againthe hop aroma is there, and funnily enough there a slight coffee aroma, (at this point, I should point out that the Dark Malt addition, I actually forgot to boil the wort from the cold steep).
Flavour:  this again is where it gets a bit more fun. yeast is the difference between these two brews, along with the hops flavour. This is a very good beer, malty backbone, with a caramel hit, followed by a stronger hoppier flavour to follow. good bitterness.
Overall: good solid beer, not quite a mdeal winner as such, but definitely better than the pale version.

New Post time, so I can figure out what I'm saying.