I was going to start this post with some information surrounding a special experimental beer I brewed yesterday, this was in addition to the IPA I brewed up for Xmas. But more on that in another post. It is a slightly longer term brew, so rather than make you wait until a taste test, I’ll write up some information on the process I used, and how it was done.

But for this post I want to talk about a prize I won recently, and some tasting notes on that.
The prize was a 4-pack of 500ml beers, and a t-shirt, from a Brewery in Riwaka called Hop Federation.
While the brewery itself has been around for sometime under the name of Monkey Wizard, it is only recently that the business was sold, and taken over by Simon Nicholas, the former brewer at Hallertau in Auckland. He made the move from Auckland to Nelson, and I personally think it’s a good move. I mean who wouldn’t want to live in one of the sunniest places in this country. Not only that, but they live very close to the hop growing region. (I personally picked the prizes up from the brewery, and got to drive past them.) This give away was for their first Birthday.

And what a prize, some brief tasting notes are below for you to read, and if you haven’t tried any of their beers, you should definitely get in there, they’re brewing some good stuff. 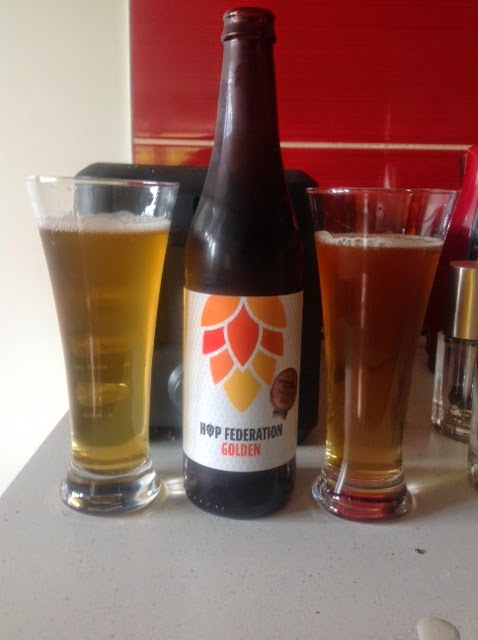 So first up was the Golden Ale.
Very nice, and won bronze? At the National beer awards here in NZ. Nice light colour, good clarity, light malt and light hop flavour, very much like a pilsner, but less crisp, due to the ale yeast I assume. A good introduction to craft beer for anyone new. Good on a nice warm day. 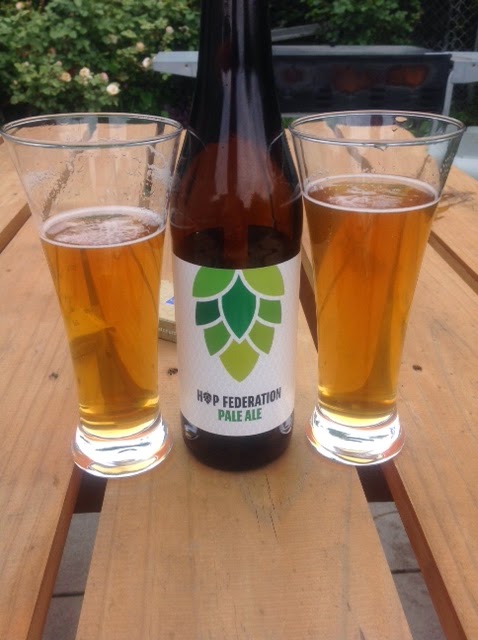 NZ Pale Ale: Green Label
Nice Light orange copper colour, good carbonation and head. Nice malt base, typical for a Pale Ale. Hop bitterness is good, the only real comment I’ll say is it lacks some hop flavour. It could do with more hop punch from the NZ Hops. But another fine effort. 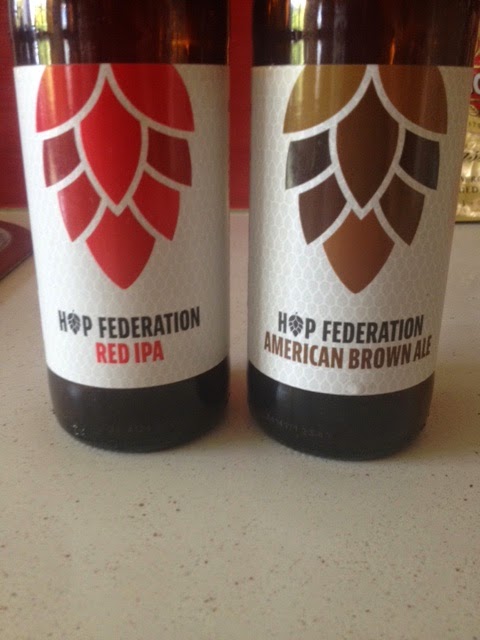 Red IPA – Red Label
My personal favourite. Pours a beautiful red/amber colour, plenty of head. Malt base is perfect, caramel sweet ness and maltyness, with a smack of hops, plenty of hop flavour, some slight astringency, bitterness is around where it should be, it could probably handle more bitterness, but it certainly doesn’t need it.

Brown Ale – Brown Label
This one is slightly different, supposedly an American Brown Ale, but built more like a dark lager. (Breweries words, not  mine) Lovely brown colour, some ruby highlights. Lacks hop character, quite crisp, this is where I think they mention the lager style, which makes a bit more sense now.
In my mind, this fits much better with an English Brown Ale style. (A greatly under-appreciated style) Malt wise, very good, hints of chocolate and caramel, underlying with the nice crispness I mentioned before.

So, all in all, some very nice beers, this is just their core range of brews. They have seasonals, and other beers available, Check them out here: http://www.hopfederation.co.nz/


A big thanks for the prize. Thoroughly enjoyed it, and Happy birthday of course.

On a separate note, I have an update on two things: 1- New Pot has arrived, for a system upgrade (I am possibly looking at a 3-vessel system, and this pot will be my mashtun, I will also be able to run BIAB with it if I feel so inclined.) and 2- My Pilsner has been returned to the Keg Fridge, and after a small taste test, the Diacetyl is still apparent, however after almost a week of D-Rest in the Ferm ?Fridge, beside my Black IPA, this has greatly improved. I'm still wondering about Hopping in the keg, and have a bag of hops at the ready, I will test again next saturday to confirm how it tastes, prior to deciding.