Here is the elusive post mentioned previously, regarding the special experimental beer I brewed at the same time as War Pigs IPA. I was inspired by this video: 1 Braggot, 1 Mead, & 1 Stout.
for those of you who aren't aware of what a Braggot is, a little information might be required.
Braggot: Also called bracket or brackett. Originally brewed with honey and hops, later with honey and malt—with or without hops added. Welsh origin (bragawd).
Essentially this is a Mead made with Malt and hops, to give an impression of body and more of a beer like substance to it. Here is some basic style guidelines to show you what to expect:


Aroma: Should have an identifiable honey and beer character, the honey and malt character should be balanced, although not always evenly balanced. If certain types of honey, or a certain type of base beer is used, these may add some noticeable character. Hop Aromas are optional.
Appearance: Clarity should be good to brilliant, although they may not clear as a normal mead should. Moderate head, with some retention expected. Colour can vary greatly, from light straw to Black, depending on the malts used.
Flavour: Should have identifiable character of both beer and mead, should be balance, although not always evenly. Intensity of flavours is affected by sweetness, honey variety, malts used, along with yeast and hops if any.
Mouth-feel: Should be smooth, without astringency. Body can vary from light to very full, depending on malts and sweetness. Shouldn't be thin or watery, along with cloying sweetness. stronger version will have some alcohol flavours, carbonation can be still, but many choose to carbonate.
Overall Impression: A harmonious blend of mead and beer, with the distinctive characteristics of both. A wide range of results are possible, depending on the base style of beer, variety of honey and overall sweetness and strength. Beer flavours tend to somewhat mask typical honey flavours found in other meads.

Given this was an experimental beer, and I have absolutely no idea, how it is going to come out, and without proper fermentation temperatures. (There will be plenty of temp swing in my pantry). I chose to stick with Extract and grains, which is something I hadn't done for quite sometime.
the process is simple, I have listed my process below, and this may or may not be correct, but it seemed to work OK for me. As it was literally bubbling within about 3 hours, considering I used Dry Yeast.

1- Clean and sanitise your equipment. Simple enough, and something every home-brewer knows about. Starsan and cleaners are good, be sur to rinse the cleaner prior to sanitisation.

Heat 6 litres of Water in a pot, to 67deg C. Add crushed grains in a bag to this for 20 mins. while this is going on, heat an additional 2-3 litres of water to 75 degrees, for "Sparging". 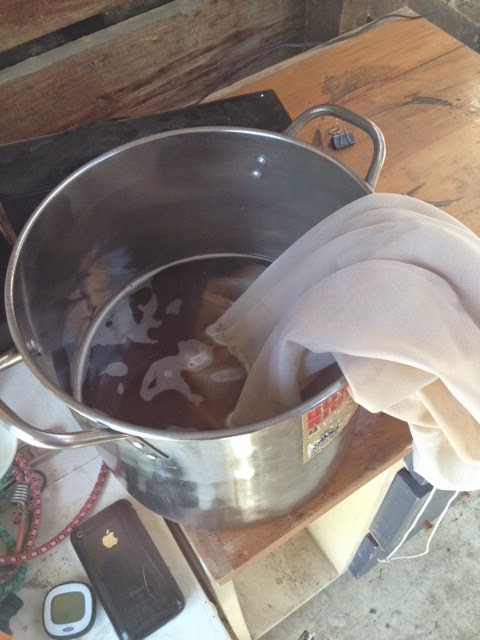 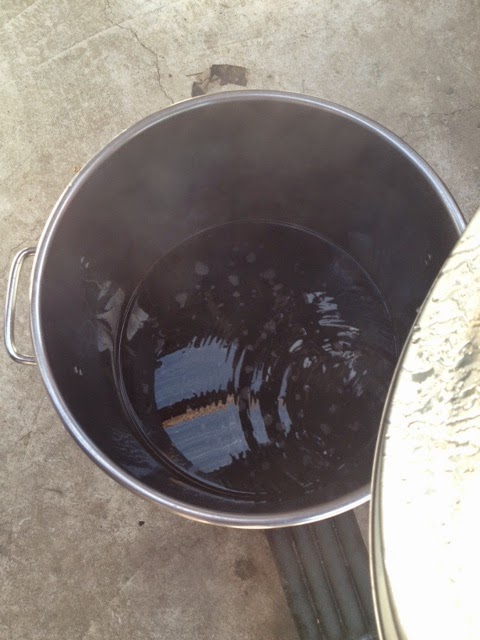 3- Once steeping of grains is complete put these into the 75 degree water and leave to soak. The un-sparged wort, is to be brought to boil, and just before the boil, add the "sparge" water to the pot.

6- While the wort is chilling, take 1.5kg of Honey (I used Rata Honey from the Lyttelton Market) and heat for 1:30-2 minutes, or until soft and more watery and place directly into the carboy.
the hot wort you removed earlier, should be added to the empty pottles of honey, and shaken to get all the sugary goodness out of it. 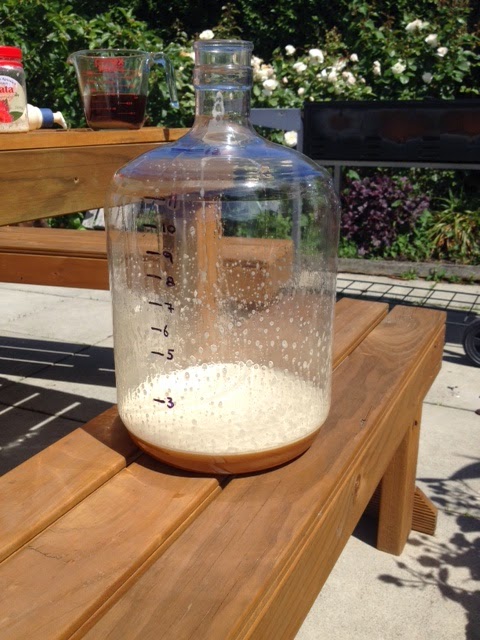 7- Once chilled and some of the proteins have dropped, fill the carboy up with the wort and shake until all honey has dissolved in the liquid. (This is hard work, as the wort is cool, so won't dissolve quite as quickly)

8- Top up to 10litres with Boiled & chilled water. Shake again to make sure its all mixed in.

9- Take gravity reading, and add 1 tsp of yeast nutrient, and 2x packets of Fermentis S-04 yeast (2 Packs was easiest, as I would of ended up throwing away half a packet otherwise.) I hit 1.093 including the Honey. 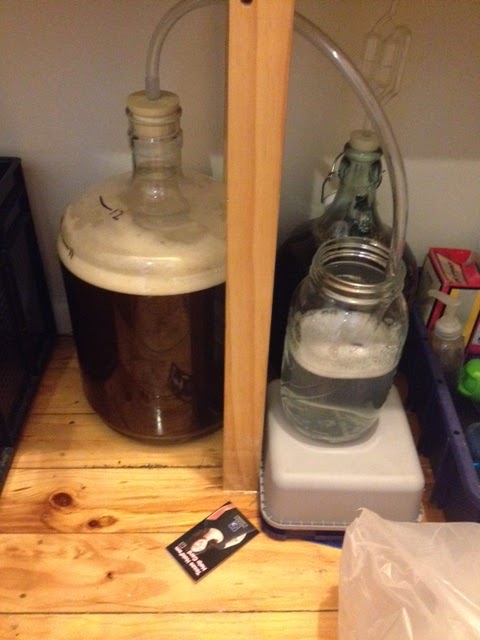 I was aiming for a dark amber coloured al, with the honey all mixed in, a small amount of Chocolate malt should be present, but mostly some sweet caramels from the darker crystals, and plenty of honey, should make for an interesting beer/mead/braggot. It's nearly two weeks in and just stopped bubbling away, so I'll be giving it another week to clean itself up a bit, before racking to secondary, and then bottling from there. I don't have a name for it yet, but in my next post I'll be sure to have something, along with the official Brewtoad Recipe.
This is going to make for a very interesting experiment, and some local homebrewers are very keen to have a bottle (Which I'm happy to oblige) to taste and see what the fuss is all about.

On a separate note, I have put my Pils back into the Kegging fridge, and found after a couple of days a greatly improved, although far from perfect beer. the diacetyl, has died down considerably, but when warm, there is still the butterscotch type flavour, which is so distinctive at higher temperatures. So I decided to add 28g of Motueka and 35g of Riwaka, to try and hide the issue. If it doesn't work I also have a backup keg from Finney of His NZ Pale Ale. I'll be posting some reviews next week of my party beers.

I'll also be adding to my Sour Beer collection in the coming weeks/months, so watch this space.