The SJPORR Challenge is Upon us here in NZ, I've received my Beers, and I've actually reviewed a few. Some lovely beers, with Plenty of thought going into alot of them.
From Pales, Through Oak aged IPA's, All the Way to 13% Russian Imperial Stouts. the variance is huge.

So, for those of you who aren't aware of the challenge (There won't be many of you), a random selection of 20 beer is to be reviewed by each entrant and marks out of 50, based on the BJCP style guidelines. the general Idea is this:
Aroma out of 12
Appearance out of 3
Flavour out of 20
Mouhfeel out of 5
and Overall impression out of 10.
Rated and judged by your Home-Brewing Peers.
Here is the recipe I brewed again for it: https://www.brewtoad.com/recipes/shadow-liberation-bourbon-porter 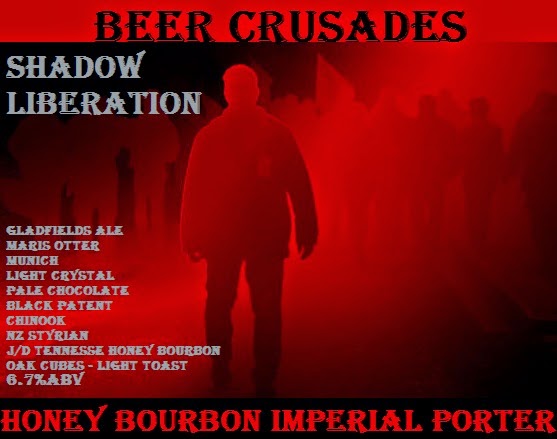 A special thanks goes out to the organisers of the very first worldwide Homebrew competition, namely all the Hub organisers.
Along with a couple of special mentions for the following people:
SJPORR The man himself, he came up with the idea, and ran with it a few years ago, and its taken off. you can check his youtube channel out HERE.
The other is Paul Wicksteed, the NZ hub. during Beervana Weekend, he spent a significant amount of time packaging entries and general organisation, he even managed to get to Beervana and have a great time. His Channel is HERE.
I'll be sending a small care package with a couple of beers in for Paul soon.

So cheers guys for the great Challenge/competition, and long may it continue.
What I will do when the NZ Leg is over is post up pictures of my top 3 beers, along with some of my thoughts/notes on each one. (No Scores though sorry).

On a side note I've had to adjust my brew Schedule , so no American Stout unfortunately. It's Straight to my Porter for the NHC2014, I've made a couple of Adjustments to it, so the recipe will be posted for that soon.


The Entries I received, all looking good with Labels. 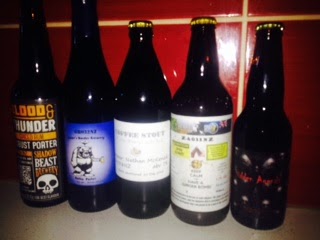 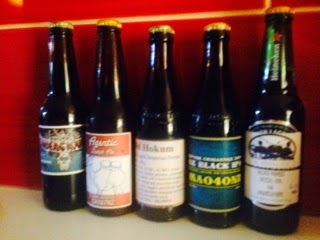 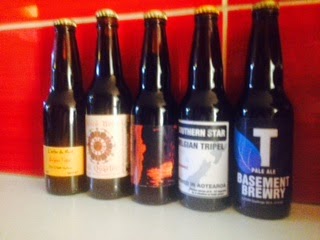 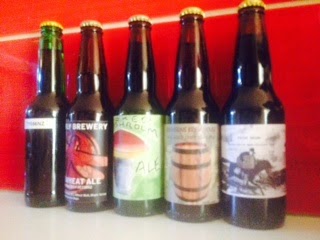