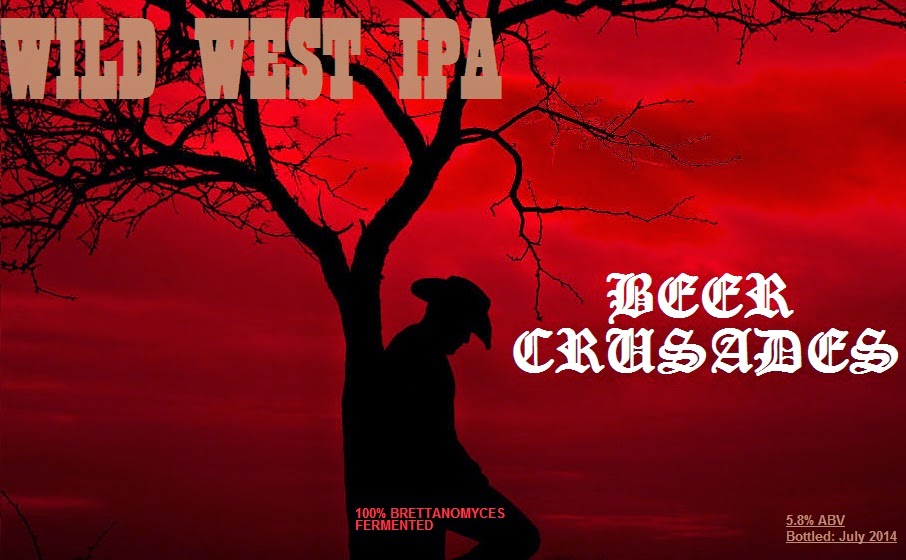 Tasting notes for my Brett IPA, this was brewed with Oli and it's safe to say, I'm very happy with the way this came out, it needs some clarity but other than that, its good. Now we split the batch with WLP644, and did 10Lt with US-05 so I'll evaluate each individually.
WLP644 Version
Appearance: Very Pale Golden Colour, Hazy, Most likely a Mixture of Wheat Proteins, Brett yeast, in suspension as well probably. Lacing clings to the glass.
Aroma: Tart, Funky, Strong Grapefruit type Aroma. It's quite amazing how different this smalls to a normal IPA/Pale Ale.
Flavour: Over-Ripe Grapefruit, some Pineapple Flavours, generally a Tropical Fruit bowl, I get a good Tartness coming from the yeast now, which is nice, and should change over the coming weeks. Malt Backbone is there, but in the background, very much.
Mouthfeel: We carbed this lower expecting the carb to rise as the brettanomyces eats away... Not sure if this will happen, but it gives a silkier mouthfeel. FG 1.010
Overall: great beer, Carb a tad higher, to help the hops go pop. turned out exactly as we expected it to.
US-05 Version
Appearance: Funnily Enough this started out as Hazy as the Brett version, this was due to a lack of Finings in the beer, we completely forgot about it. The most recent bottle however is almost completely clear, colour wise, it is actually darker than the brett version. Note the picture below.
Aroma: Hops lead the way in this one, no funk or Tart smell. Nelson Sauvin leads the way, followed up nicely by the Kohatu, which gives a peachy smell.
Flavour: Again, Nelson Sauvin hops, Peachy Kohatu, Slight Sweetness from the malt, with is nice.
Mouthfeel: Body is right where I like it full and slighttly sweet, without being cloying. Finished at 1.014. More carb than the other, makes the hops pop nicely.
Overall: Good beer, Nice Pale ale style beer. good body, carbonation etc. 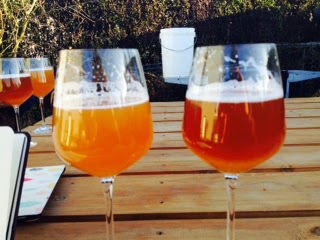